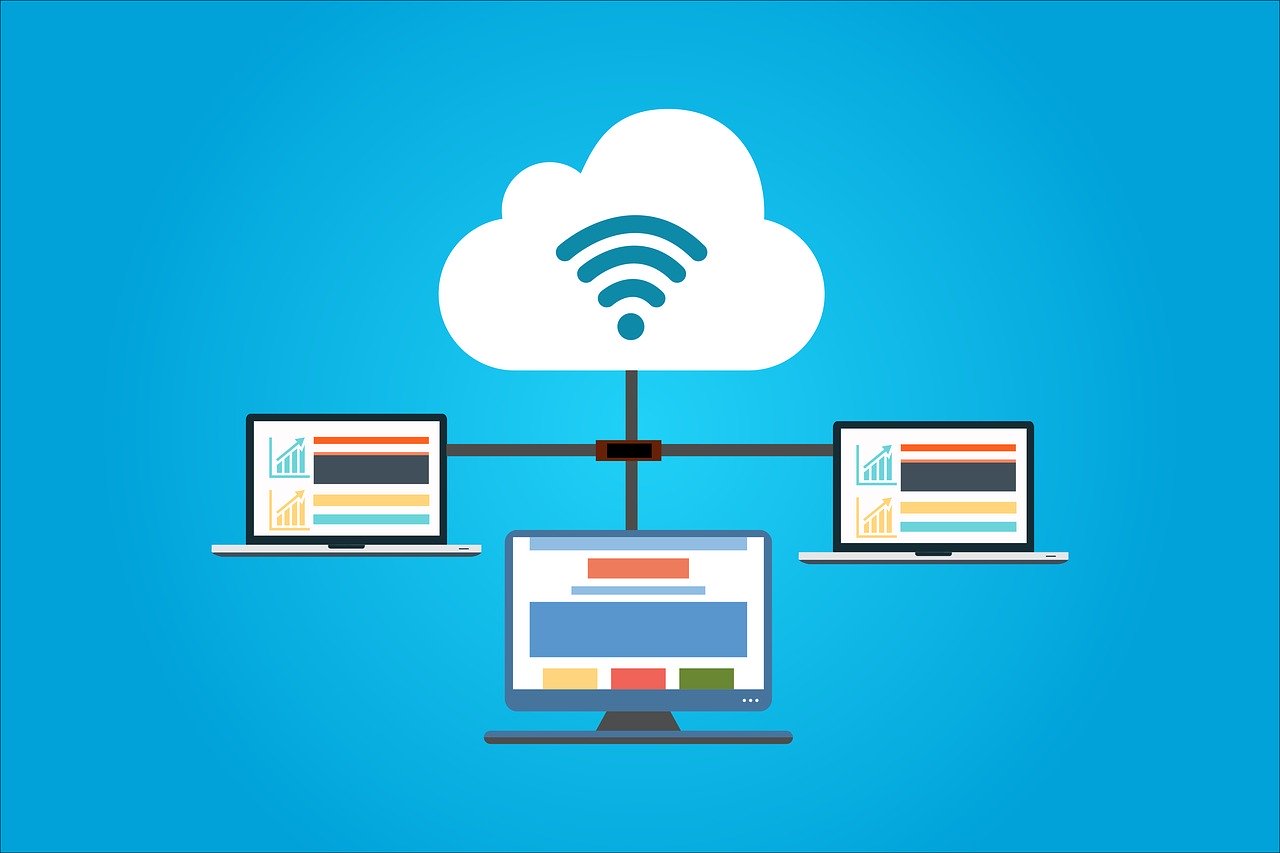 If you are reading this article, then you probably already know the difference between cloud and traditional VPS, or Virtual Private Server. If you don’t – a cloud VPS is a cluster of physical servers, connected by an orchestration layer that makes them very scalable, while a traditional VPS is a virtual machine that is fully hosted on a single server.

On paper, a Cloud VPS might seem to be superior version to a VPS. However, that might not be the case. Cloud VPSs often perform worse, are overpriced and give a false sense of security and redundancy. For example, just a few weeks before this article is written, on August 31, 2019, Amazon AWS, the world’s biggest cloud provider, had a power failure affected ES2 and EBS, causing outage and data loss for a sizable chunk of their customers. As far as scalability goes, there are other, more reliable ways to scale, like horizontal scaling using load balancers for example.

Nowadays, there are a lot of traditional VPS providers that offer on-demand load balancers, floating IPs, and DDoS protection amongst other enterprise-level features. With these features, you can get the best of both worlds, the performance and affordability of a traditional VPS, as well as the scalability of Cloud VPS. Today we will talk about two of these kinds of providers, Linode and Vultr.

Founded in 2003, Linode is one of the oldest VPS hosting providers. It’s old, but it ain’t outdated. In fact, they have consistently been ahead of their competitors, offering features that were uncommon back in the early days of the hosting industry. Keeping their reputation for being an R&D heavy and customer-centric company, Linode continues to be one of the leading VPS hosting providers. They currently offer VPSs in 10 datacenter locations:

Founded in 2014, Vultr is a relatively new VPS hosting provider that is well-known for its hardware and raw performance prowess. Being one of the first VPS providers to use NVMe SSD in their entire server lineup and always keeping up to date with hardware changes gives them the title of budget performance king. Vultr currently offer VPSs in 16 datacenter locations:

Other than server specs and prices, there are several key features that differentiate Linode and Vultr. In some cases, features are even more important than server specification if you have a specific mission or use case in mind.

Linode does not offer DDoS protection service. When DDoS attacks happen, the attacked IP address will get null-routed.

Vultr offers up to 10 Gbps protection with a cost of $10 per month. Currently available at all of their EU and NA data center locations. Vultr does utilize native datacenter DDoS protection instead of using GRE tunnel to the remote site, so there is no added latency in the DDoS protection service.

Vultr offer additional IPv4 at a rate of $2 per month, however each VPS is limited to a total of 3 IP per instance.

Verdict: We recommend choosing Linode if you have a need additional IPs.

Linode offers a load balancer as an on-demand service, priced at $10 per month. The configuration is fairly simple and easy to understand as well. Linode does market high availability in the load balancer as well, but unfortunately no, the solution does not make your application highly available. It requires further setup which does not have anything to do with Linode’s NodeBalancer in order to achieve this.

Vultr does not offer load balancer, however it does have floating IP + BGP solution, which if properly utilized, can achieve both load balance and high availability setup at the same time.

Vultr does not offer on demand server management service.

Verdict: Linode is your only choice if you need server management.

Linode offers a multitude array of apps in their one-click solution, from most popular CMS to game server. If what they officially have is not enough, there are some community provided template as well.

Vultr offers some of the most popular web apps and CMS within their one-click solution as well, but their library falls short of what Linode have.

Verdict: Linode win with their vast array of applications in their library.

Linode is one of those old providers that is well-known for their support quality. Their technicians are well-trained and knowledgeable in server troubleshooting. Do not expect hand-holding though, unless you are subscribing to their on-demand server management service.

Vultr support is responsive, and as far as quality goes, expect a standard quality of a self-managed hosting solution.

Verdict: Linode wins, as they have a well-trained customer service team who actually knows what they are doing.

Linode boasts 40 Gbps fiber direct connect to their VM hosts, which should actually be superior compared to all of their competitors. However, during a speed test, we find their actual network speed to be far below the advertised speed. It is even below the speed of other providers who advertise 10 Gbps or even 1 Gbps speed. Aside from that, the network itself is unstable, sometimes it is quite speedy, other times it is very slow. Worldwide speed test rarely yields a good result.

Vultr advertises a 10 Gbps fiber direct to their VM hosts. While it is far below what Linode advertise, I find their network to be much better, faster and more stable throughout the day. Speed tests gave us comparable results from one time to another, which is pretty good.

Linode is generally a good provider, hardware is kept up to date, and they have a responsive customer care team, however they had their fair share of network problems in the past, especially with DDoS attack. There have been several incidents in where their network is completely obliterated by DDoS attack, causing a datacenter wide outage for a dozen days, and they cannot do a single thing about it. We hope they are doing better now after that incidents, however their network quality, even to this date, still leave a lot to be desired.

Vultr is a tank. Our VM with Vultr can take almost anything we throw at it. The CPU, NVMe SSD drives, network, everything is built for high load application and Vultr never complained about it. Several DDoS attacks received are handled with breeze, and network quality are always good even in peak time.

Verdict: Vultr is one of the most reliable VPS providers in their class.

Linode is one of the providers with a vast array of articles and tutorials in their documentation, allowing the most beginner of a system admin to learn the rope. Their documentation is definitely one of the oldest and reliable go-to guide for a lot of system admins even to this date, and they still keep adding more and more content to it.

Vultr is trying to keep up with their documentation, and they have certainly been very active in filling it with more articles and tutorials showing what admins can do with their infrastructure. We hope they will keep up and continue with the efforts.

Verdict: Vultr is catching up, but for now, Linode still do better in this regard.

On the other hand, Vultr’s approach is more streamlined and focused on raw performance, consisting of only 2 plans: Compute and High Frequency Compute. The High Frequency Compute plans are simply an upgraded version of Compute with more raw power (higher CPU frequency) and less VM per host.

From the above table, we can see that Linode Standard Plan and Vultr Compute Plan are pretty much similar in both specification and price point. From my experience, their CPU also has a similar frequency, roughly 2 GHz.

Linode’s Dedicated CPU Plan takes a very different approach compared to Vultr’s High Frequency ComputePlan. In it, Linode focuses on core count with lower frequency. Linode’s CPU frequency in the dedicated CPU plan is similar to their standard plan. In contrast, Vultr focuses on frequency with a lower core count. Vultr’s CPU frequency on the high frequency compute plan can go as high as 3.8 GHz. What does this mean? Some applications which allow parallel processing will have more scalability with higher core count. However, for the high performance seeker, higher frequency is the go-to solution for most people.

Due to Vultr not having a high memory plan, we are skipping the high memory comparison table.

Verdict: For those who are looking for a high memory VPS with 100 GB+ RAM, we recommend looking at Linode 150 GB and 300 GB plan.

Linode and Vultr are both a good VPS hosting providers, they compete within the same price range, however they have both their pros and cons.

For beginner to intermediate system admin, I believe Linode still hold the upper hand due to their technician being more capable and they also offer an on-demand server management service.

For expert that does not require any hand holding, Vultr have a more mission-ready hardware and features that allows us to build enterprise-level infrastructure for the most demanding application.

Get Lowest Price on Vultr