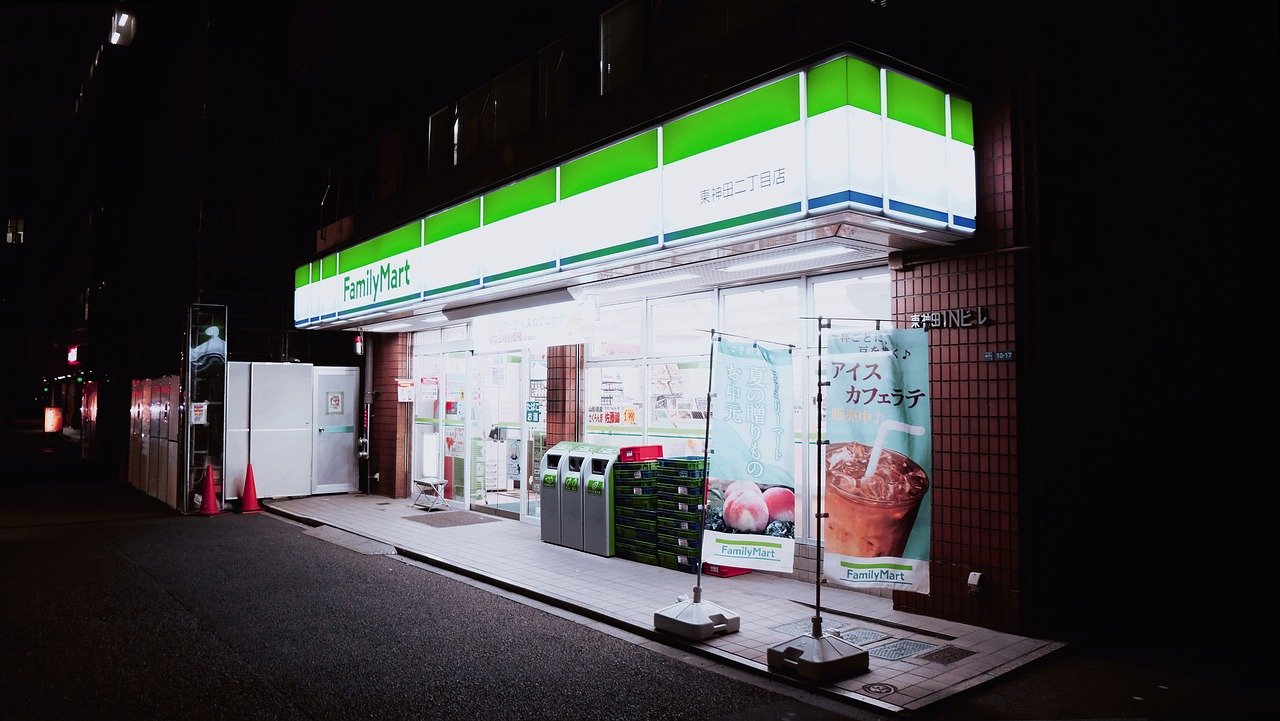 Before we begin, we need to clarify a couple of things. For starters, the point of sales system is a part of your retail ops system, and it consists of all the hardware and software you use to close a sale. From weight scales to barcode readers, terminals, and cash registers.

There are lots of benefits that can be gained from upgrading a POS system. Upgrading your system not only makes things easier for you but also for your customers. It will benefit everyone involved by making the sales process faster and smoother, which means more money in your pocket.

Upgrading a POS system can be tough. There are lots of systems that need to work together, like a well-oiled machine. Not to mention the fact that you’ll have to train employees on how to use the new system and all the other technical details like licenses, fees, and maintenance.

You might think you don’t need to upgrade. After all, the old system works fine. If it ain’t broke, don’t fix it, right? Let’s run through some common POS issues that can be fixed by upgrading systems. If you run into these problems, then you could use an upgrade.

If you deal with these issues, chances are you need to upgrade your POS system.

Nowadays, people are more impatient than ever. If your POS system is not user-friendly and the performance is slow (typical for older systems) then your store probably has long lines of customers at the cashier.

Every device in your sales system needs to be at peak performance. You don’t want to have to scan the same barcode multiple times because your barcode scanner is sluggish. Another example would be the time it takes to process card payments and print receipts. These little delays can add up and create a long wait time for your customers.

The main reason to upgrade a POS system is to improve the transaction speed. You want to be able to complete the sale in the shortest time possible so you can move on to the next customer and keep the money coming in. The point is to close the sale as soon as possible, and that can’t happen if every tool is working against you.

Did you ever have to stand around while the cashier configured the terminal for a specific transaction?

When it comes to cashiers, one of their main complaints about POS systems is the unfriendly user interface. To put it plainly, the terminals make things unnecessarily complicated. If you have ever used an older terminal, chances are you’re familiar with this issue.

Now, this is a downside for everyone involved, the owner of the store, the employees, and the customers. Why? Because if the user interface is too complicated, the cashier struggles with it, and that creates delays. Delays create long lines, and as we mentioned before, nobody has the patience to wait in line anymore.

People drop out of line, and you lose customers.

There’s nothing more frustrating than swiping a customer’s card only to receive an error on the card machine.

These errors usually stem from connection issues, such as the hardware struggling to connect with your main server. There are many other small software issues and bugs that can disturb the sales flow.

Long story short, dealing with a subpar point of sales system is more frustrating than the short time it takes to upgrade it. And the upgrades will make things a lot easier.

From a marketers perspective, it’s important to have a portfolio of your regular customers. Chances are you already do this, by memory, but that doesn’t help your employees to know what your customers are more likely to purchase.

With the right POS software, a “Buyer’s Portfolio” can be created for your regular customers. The portfolio can track their most bought items and the items that are most similar to their usual purchases. The benefit of this is you can upsell your clients with other items they might be interested in. In short, a system designed for maximum profit.

Getting down to it.

Look, without examining your store and how things usually operate, it would be almost impossible to recommend the best POS software for your needs.

On the other hand, there is software that has been specifically designed for certain stores, such as convenience stores, and it tends to work quite well.

Chances are you’re reading this article because you already started the process of looking for a new convenience store POS system.

Convenience store POS software is a little different from other retailers because they usually require more features, such as inventory and employee management.

The good news is most modern POS companies include a wide range of options for you, including hardware or specific upgrades.

When researching these systems, you have probably heard of these two categories. There’s also a hybrid of the two that can run on local servers as well as in the cloud. To keep it simple, traditional POS systems are the most common.

They consist of the typical cash register and terminal that you are probably familiar with and the data is kept on a closed network. You can think of it like using a personal computer, with the sales and inventory data stored on local hard drives.

Traditional POS systems are by far the most common since most convenience stores are playing catch up with the latest technologies. On the other hand, they have issues, that you’re probably familiar with.

Traditional systems usually are based on very specific terminals and software that can be difficult to maintain. It’s also more challenging to update these systems since they’re based on older technologies. Not to mention when you run into an issue, you have to hire an expert to come to take a look at your software and hardware.

What about Cloud-based POS systems? These systems are much easier to use because they can work on almost any device, such as tablets, mobile phones, or computers. No need to buy specific terminals. Just download the app or program and you’re good to go.

Cloud-based POS systems can also integrate with a wide range of retail apps, such as WooCommerce, Shopify, Magento, and many others. In other words, they’re much more flexible than traditional systems.

While cloud-based POS systems have more features, a more intuitive user interface, and make it easier to access the back office, the drawback is they’re more expensive.

On the other hand, if you run into an issue, you can get remote support. No need for a maintenance worker to visit your store.

What is The Best Convenience Store POS System?

In my opinion, the best convenient store POS system is one that is not only fast but also has plenty of features. If I had to pick one, I would say NetSuite is the best cloud-based POS software. Let’s take a closer look. 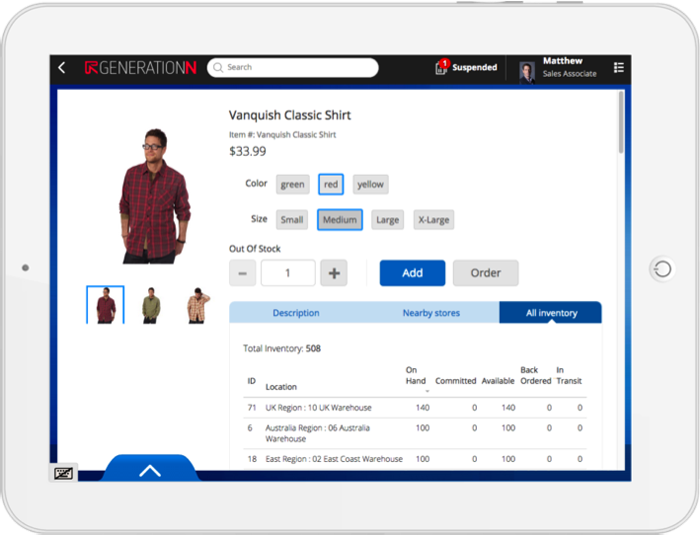 NetSuite is more of an enterprise resource planning software. It works on a wide range of channels, including online store functionality, and integrates with a wide range of other sales related apps.

The great thing about NetSuite is it’s an all-in-one package. After all, it is a Suite, and it has almost every feature that you need in order to build and manage a successful business. For example, it has account tools, billing options, reports, order management, supply chain management, inventory management, call center, employee management, and many other features.

Since the information is stored in the cloud, you can access the information from anywhere, such as your personal computer when you’re at home. It makes remote-management much easier. It’s one of the most popular systems out there.

The downside is NetSuite is it caters more towards chain businesses and enterprises. If you have a chain of convenience stores, this is the perfect management software for you. On the other hand, if you’re only responsible for one location, it might be a bit overkill. Think of it more as a management solution. It’s perfect for cstores with a large inventory list. 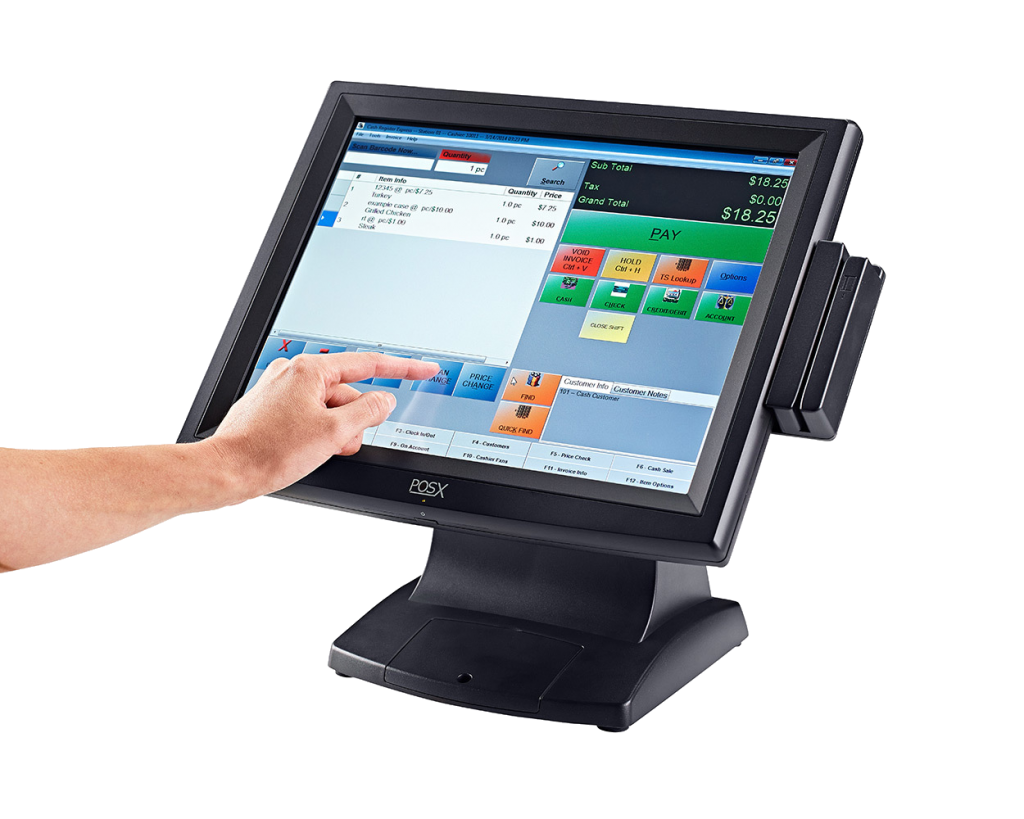 POS Nation is another company that designs a wide range of POS systems and software. The great thing about POS Nation is it offers solutions to many business types, from retail to restaurants, and even salons.

The company designs both hardware and software. Personally, I like their POS system store, where you can select the devices you need, or choose one of their POS system packages. They have a wide select of hardware, from monitors to tablets and scanners to handheld inventory devices and printers.

Overall, POS Nation is a great stop for everything related to POS systems.

Let’s run through some hardware you might need for the best point of sale system. Remember, some companies will offer hardware bundles, specific to your needs.

By far one of the most popular setups nowadays is a PC or Mac running software and managing the whole system. You don’t necessarily need the bulky terminals that you see in most convenient stores, a PC or MAC can accomplish the same goal.

Choosing which device to use comes down to your personal preferences. Think of these devices as the brain of your sales management, so it’s recommended to pick a medium to the higher-end computers.

Printers are necessary for creating receipts and other documents, an essential part of every point of sale system. Cash drawers are also a requirement. It’s important to pick a cash drawer that is sturdy and secure.

Most people’s preferred payment method is debit or credit card. It’s important to have at least one card processing terminal in your convenient store’s arsenal.

The good news is you can buy or rent payment terminals. Most modern payment terminals will include NFC but it’s important to double-check. NFC allows any NFC-compatible device (such as smartphones) to process payments.

Imagine if you can cut down the time it takes to complete a transaction from a few minutes to a few seconds? The right POS hardware and software can make that possible. It’s well worth considering an upgrade.

Thanks for taking the time to read this article, I hope you found it informative. It might seem like a large project, but it can really benefit your business. Consider it an investment.

Get Lowest Price on NetSuite